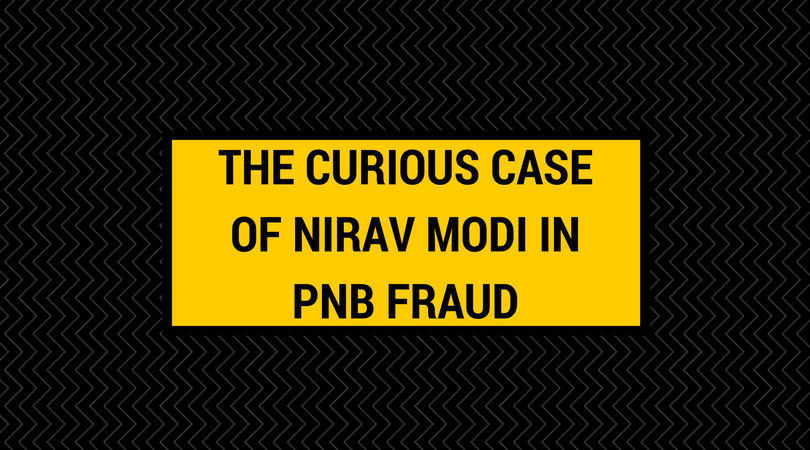 PNB fraud is the latest addition to the list of scams and is indeed a very shocking incident. On February 14, 2018, when everybody was celebrating the festival of love, PNB appalled everyone by declaring a fraud of an estimated amount of Rs.11,400 crores (now estimated at Rs.12,600 crores).

Punjab National Bank, which is India’s second largest state-run bank, had detected a fraud in its Mumbai Branch. The PNB fraud allegedly involves several employees of the Mumbai branch of PNB and the diamond businessman Nirav Modi and Gitanjali Group owner Mehul Choksi.

Role of LoUs in the PNB Fraud?

Usually, the LoU is backed by a collateral which ensures the recovery of money for the bank in case of a default. However, PNB did not ask for a collateral from Nirav Modi.

The foreign branches had been obtaining Letters of Undertaking from Punjab National Bank since 2011 to 2017 becausr  the LoUs have a fixed expiry date, as the liability of bank cannot be for an indefinite period in perpetuity. Accordingly, the total of Rs.12,600 crore has emerged, which is the total value of Letters of Guarantee which PNB has issued to Nirav Modi & Mehul Choksi’s group of companies.

The cycle of Rolling Over of Credit :-

The guarantees that were issued in 2011 would have ended in the same year or 2012 since these LoUs are usually issued for a period of three months. Modi & Choksi had two choices then, either repay the amount taken by the foreign bank or provide them with another freshly issued LoU. In the latter case, the old liability of PNB would have been subsumed by the new letter of undertaking, with a higher amount. This is called rolling over of credit.

They went back to PNB and asked for another LoU. The new LoU was of the amount that covered previous loan plus the interest. In other words, the money received through fresh LoU was used by them to repay the previous loan.

This cycle of issuing fresh LoU continued till 2017, and every time the previous LoU expired, Modi/Chokshi provided the foreign lenders with freshly issued LoU since they did not wanted to pay. So the total estimated liability i.e. Rs.12,600 crores is the cumulative of the borrowed funds and accumulated interest thereon. The foreign branches of Indian banks who have discounted the LoUs issued by PNB and provided funds to Modi/Choksi have no cause of worry because they will be reimbursed in full by PNB.

Also, the global messaging system SWIFT (Society for Worldwide Interbank Financial Telecommunication) through which PNB communicated with the foreign branches to give confirmations is not integrated with PNB’s core banking solution (CBS), due to which these LoUs did not come to light.

The LoUs sent via SWIFT didn’t show up on CBS, which links all the PNB branches electronically. Thus, Modi & Choksi exploited the gap of SWIFT not being integrated with PNB’s Core Banking System (CBS) to commit the fraud.